A Team Building Coach for Leaders 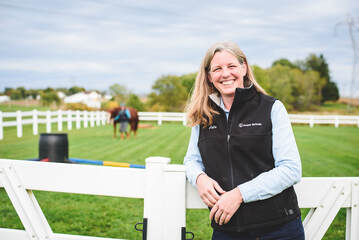 Her team workshops and leadership coaching programs build strong interpersonal skills and relational/emotional intelligence that companies and individuals need for stability, as well as growth in the midst of a rapidly changing business environment.

Celia earned her master’s degree in communication at the University of Akron, focusing on how strong, successful teams communicate. To that she’s added:
Leadership coaching through Arrants McSwain is a combination of Celia’s academic ideas, practical experience, and common sense. Together with a team of associates, Celia has worked with diverse groups, including college students studying abroad, professional ministers leading congregations, and executives working for Fortune 500 companies throughout Ohio.

Among Personal Development Coaches, Our Values Stand Out

These are the beliefs that shape every moment of our work at Arrants McSwain. We believe:

How Arrants McSwain Got Started

​Executive coach Celia King founded Arrants McSwain in 2012. Her consulting work is heavily influenced by an 18-year career in higher education as a university administrator and adjunct faculty member and by two strong, smart, and resourceful women.

While working at Malone University, a theme emerged in Celia’s work. No matter what roles or responsibilities she held, she built teams. She saw the world as groups of teams going about their life and work together.  A group of students traveling to Hong Kong became a team. A group of faculty on a committee became a team. A departmental meeting became a team. She even saw the classroom as a team of students learning together for a semester. Sometimes Celia was the leader of the team, sometimes not. But she always held that team mindset.

In her university office, Celia displayed pictures of her grandmothers. The women had little-to-no formal education but plenty of common sense. Their influence in Celia’s life helped her remain grounded in gratitude for the opportunity to work in higher education and served as a reminder that ideas only matter if they apply to real life. Their maiden names were Arrants and McSwain. 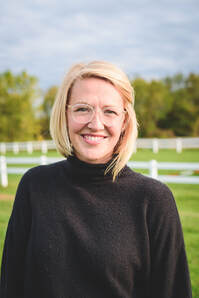 Kat Gritter designs programs and content to help us teach Congruence at all levels of an organization. Her formal education includes bachelor's degrees in business administration and psychology and a master's degree in spiritual formation. She's also an expert in the Myers Briggs and an avid student of other self awareness development instruments. Kat is a natural problem solver and a patient coach who knows just the right question to ask to help a client get unstuck. 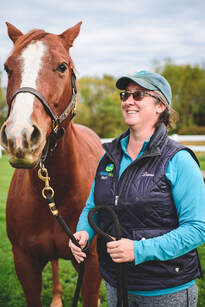 Diana Beardsley is a Level 3 CHA Instructor, IRD ACI, Path International Registered Instructor, Driving Instructor, and Equine Specialist. She graduated from Lake Erie College with a BS in Equine Studies and spent 11 years in her local 4H club before college. Diana has been employed at Pegasus Farm Therapeutic Equestrian Center in Hartville, Ohio since 1999. She is the Senior Riding Instructor at Pegasus Farm as well as the head of the carriage driving program. For fun, she volunteers at carriage driving events in Ohio and Kentucky, enjoys camping, snow skiing, reading and loves to explain to people exactly what she does for a living. 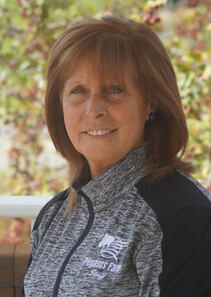 Having grown up around horses, Tammi Gainer began her professional equine career in 1989 as a trail guide at a large ranch camp where she was first exposed to the world of equestrian vaulting and attended her first CHA (Certified Horsemanship Association) Standard Instructor Certification Clinic.
In the spring of 1995, Tammi joined the instructor staff at Pegasus Farm. While working at the Farm part-time and  home schooling her three children, Tammi also spent much time working under several trainers in both reining and dressage and achieved  PATH International  instructor certification. In 2000, she achieved CHA Master Level Instructor/clinic staff status and has since earned Clinic Instructor status in the Instructors of Riders with Disabilities (IRD) and Vaulting Coach programs as well. In 2005, Tammi was promoted to Equestrian Director at Pegasus Farm and has since achieved Equine Specialist in Mental Health & Learning certification through PATH International and AQHA (American Quarter Horse Association) Professional Horseman.  ​